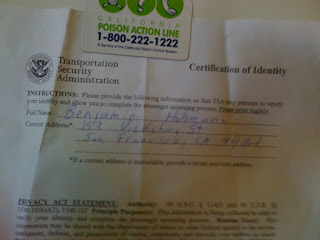 "I just had a great idea..." says college buddy.

College buddy is interrupted by, "If its an R2D2 kegorator I am way ahead of you."

Anyhoo... This R2D2 beer barrel reminded my of the inspiration behind Stella (Home made kegorator who sort of lives on.

OK I know I am barely offering my own perspective here other than I think the following is hilariously brilliant and had to share the following from the Boston Herald:

The National Football League is calling KFC's chicken dance challenge to Super Bowl players a "textbook case of ambush marketing 101." As part of a national promotion for its hot wings, the chicken chain will donate $260,000 to charity in the name of the first Patriots or Giants player who performs the "wing flapping" portion of the chicken dance for at least three seconds in the end zone during the championship game. The offer also applies to the first celebrity Super Bowl performer who does the cheesy wedding standard on stage.

State Troopers on Drinking and Driving

Don't Drink and drive this holiday season and if you would like to and don't ordinarily receive the MerryBensAss newsletter please feel free to ask to receive by emailing me a bhohmann@gmail.com (Note: This is not my normal email so don't expect me to coorespond on it)

No it will be about the rare occasion that a moral stance is caught in a quandary. The moral stance I have is against throw back uniforms. I hate the idea of having throw back days especially to way back when nobody watching was alive for the sole purpose of selling merchandise. Its just plain slimy. That said; it is also the responsibility of a sport franchise to have a decent looking uniform. This must be harder that is seams. And I am not going to go on and on about the old Denver Nuggets uniforms or the Old Astro's uniforms. Those are things that we should have learned from.

Today we have a bunch of cyber crap. The Broncos have a cyber horse. The Blue Jays look just like the Devil Rays and it’s a cyber bird to boot. One approach is to do as the Diamondbacks did and get rid of your hideous mid 90's popular for reasons I don't know expansion team colors (Teals, purples, black etc...) and revert back to a nice red. Of course they look like several other teams now.

Long story short and if you made sense of any of the above blather (props to you sir) then you know that I really want to call out that I am proud that that Toronto Blue Jays will be sporting 80's and 90's throwback uniforms. I am happy because of how ugly their current uni's have become.

In other news the B-Train is blogging again so check it out.

J. Robert Cade, the Inventor of Gatorade, Dies at 80

From the NY Times.

J. Robert Cade, the Inventor of Gatorade, Dies at 80
By DOUGLAS MARTIN

J. Robert Cade, a nephrologist who mixed water, sugar, salt and cunning dashes of whatever to invent Gatorade, of which 12 million bottles are guzzled daily by electrolyte-depleted athletes, post-operative patients and the simply thirsty, died yesterday in Gainesville, Fla. He was 80.

Stephen Orlando, a spokesman for the University of Florida, announced the death.

The sports and energy drink industry — led by Gatorade and worth more than $19 billion last year, according to a British study — began with a question asked in 1965 by Dwayne Douglas, a football coach at the University of Florida: Why didn’t his players urinate after a game?

Part of the answer came quickly: football players lost so much fluid in sweat in swamplike Florida that they had none left to form urine. It took longer to explain how the loss of fluid and electrolytes affected blood pressure, body temperature and the volume of blood.

In a subbasement, Dr. Cade and his researchers then concocted a drink to rehydrate athletes, and to replenish carbohydrates, in the form of the sugars sucrose and glucose, and electrolytes (sodium and potassium salts). There was one problem.

“It didn’t taste like Gatorade,” Dr. Cade said in an interview with Florida Trend in 1988. In fact, a football player who tried it and spat it out more than hinted that it tasted like bodily waste.

Being a student of kidneys and their bodily neighborhood, Dr. Cade did a taste test, comparing his still-unnamed concoction with that golden fluid. His new product was only marginally better. Dr. Cade’s wife, Mary, suggested adding lemon juice, which helped a lot. Jim Free, a research fellow, came up with the name Gatorade.

Florida first used the new product in a game against Louisiana State University in October 1965, in 102-degree heat. The L.S.U. Tigers wilted in the second half.

In 1967, when Florida beat Georgia Tech in the Orange Bowl, Bud Carson, Tech’s coach, said his team lost because they did not have Gatorade.

The stuff became a Super Bowl ritual in 1985 when New York Giants players dumped it on coach Bill Parcells after his team beat the Washington Redskins. Later, slick marketing gave Gatorade a lightning-bolt logo and a Michael Jordan endorsement.

Off the field, Dr. Cade faced more complicated challenges. When he first approached university officials about marketing the drink, they declined. So he sold the formula to Stokely-Van Camp. The deal gave him and his associates a cut of the royalties. A few years later, when these reached $200,000, Florida Trend said, the university noticed.

“They told me it belonged to them and all the royalties were theirs,” Dr. Cade said. “I told them to go to hell. So they sued us.”

After a 31-month legal battle, the parties settled. The product was later sold to Quaker Oats. which merged with Pepsico, and royalties continued to flow to Dr. Cade’s group and the university. He donated some of his to the university.

James Robert Cade was born in San Antonio on Sept. 26, 1927, and ran a 4:20 mile in high school. He graduated from the University of Texas Southwestern Medical School and joined the University of Florida as an assistant professor in the medical college’s renal division in 1961. At his death, he was a professor emeritus of nephrology.

His other research interests included investigating a possible link between the inability to break down a specific milk protein and autism and schizophrenia. He collected Studebakers and violins, which he sometimes played with symphonies. . He also invented football gear and gadgets to help polio victims.

Dr. Cade is survived by his wife, the former Mary Strasburger; his sons Michael, of Texas, and Stephen, of Gainesville; his daughters, Martha Cade, of Gainesville; Celia Cade Johnson, of Oregon; Emily Morrison of Boston; and Phoebe Miles of Washington; 20 grandchildren; and 8 great-grandchildren.

Even if Gatorade was a brilliant idea at the right time, the same cannot be said of all Mr. Cade’s brainstorms, like his fruity, alcoholic Hop’n Gator, a 1970s invention.


Additional history on Gatorade may be found here

Who links to me?